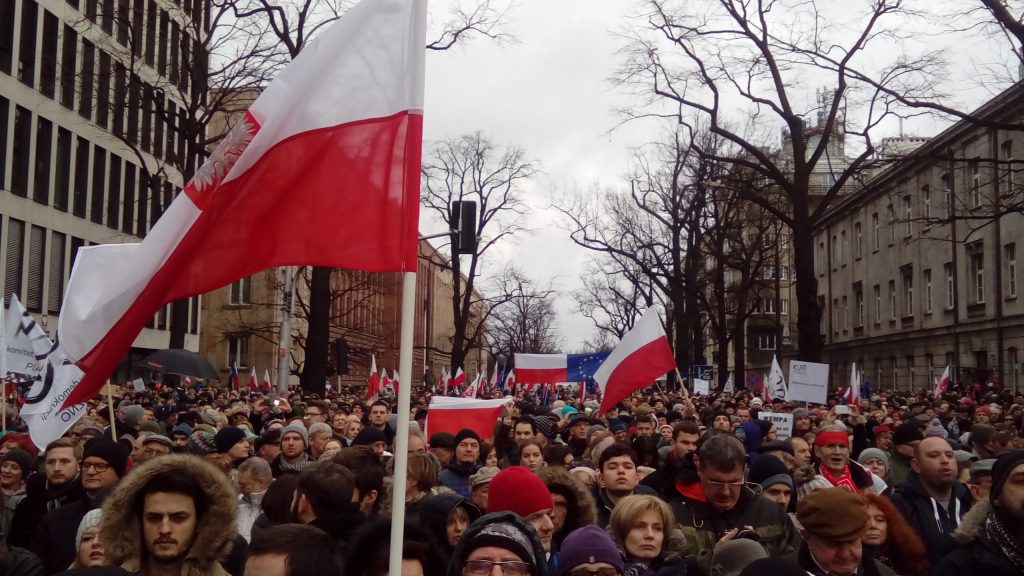 Accession to the EU is conditional upon the Copenhagen criteria, including respect for democracy and rule of law – but once a country has become EU member state, what can actually be done against national democratic backsliding? In Hungary, Viktor Orbán is implementing his vision of an “illiberal democracy” and the Polish “Law and Justice” (PiS) government is imitating Orbán’s reforms, e.g. by undermining the independence of the judiciary. JEPP’s second debate section (for the first debate on Brexit, see here; another debate on TTIP is forthcoming) draws on different strands of political science research to discuss the political feasibility and the (un)intended consequences of EU safeguards against member states’ democratic backsliding. Michael Blauberger and R. Daniel Kelemen adopt a compliance perspective and focus on judicial instruments. They argue that existing judicial instruments could be deployed more aggressively to resist democratic backsliding, but many innovative proposals run the risk of unduly politicizing European and national courts. Ulrich Sedelmeier explores the potential of political safeguards, drawing on insights from research on EU party politics, on the domestic impact of international institutions, and on EU accession conditionality. He concludes that the application of material sanctions is very unlikely for party-political reasons and the added value of facilitating their use is questionable, but social pressure can be effective under favorable conditions. Bernd Schlipphak and Oliver Treib approach the topic from a public opinion perspective and discuss the risk that EU intervention may produce unintended nationalist backlashes. They identify conditions under which such a rally-around-the-flag effect can be avoided, i.e. if EU safeguards build on domestic allies, clearly target governments rather than countries, and are based on an independent assessment of potential infringements against EU fundamental values.

All you need to learn about the "Politics of Taxing the Rich" right here ⬇️ Great to see this special issue out there 😃 and many thanks #HannaLierse (@leuphana) and #PatrickEmmenegger (@HSGStGallen) for bringing us all together and @jepp_journal for the excellent editorial!